The 2016 MBNA Northwest Football Awards was launched last night at Australasia in Manchester, with some of football’s great and good gathering together to celebrate the brightest and best of the region’s footballing talent, both on and off the pitch, from grassroots to Premier League.

Managing Director of the awards, Laura Wolfe, said, “Football is in my blood – I’ve been a fan basically forever and the NWFA Awards’ night is one of the highlights of my year. Having taken ownership of the event just over four years ago, 2016 sees Wolfe about to deliver our fifth NWFA, our third with MBNA as our naming rights’ partner. I’m really proud of what the team has achieved in that time.”

The evening saw ex-Bolton Wanderers legend, Kevin Davies, receive a special recognition award for Contribution to NW Football. He accepted the Award with his wife and three children.

Entries for the awards open on 13th June at www.northwestfootballawards.com, with the Gala Awards’ Dinner, hosted by broadcaster, Dan Walker, on 14th November at The Point, Emirates Old Trafford. Tickets available here. 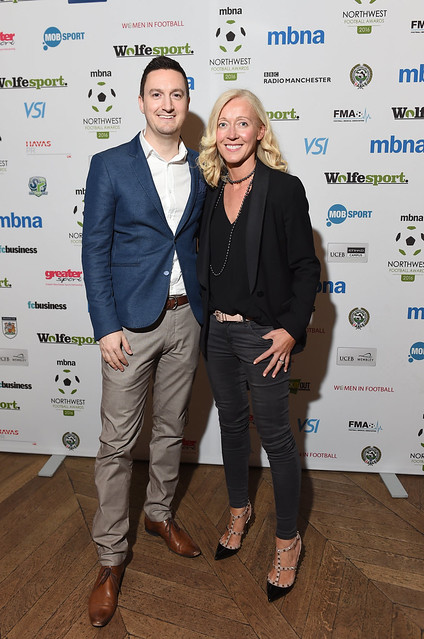